Various sectors in the United States have had immeasurable positive outcomes based on the internet penetration in the nation. Some of the sectors that have reaped bountifully from the invention of internet are agriculture, manufacturing, and tourism, among others.

The net effect is that the economy has grown tremendously in the recent past, making the nation a wonder among many.

Be that as it may, it is sad to note that 25% of the population cannot access broadband connection at home, be it on a personal computer, a smartphone, or a tablet.

However, for those who still use broadband connection either at home or at their places of work, there are a number of internet service providers that are really reliable. 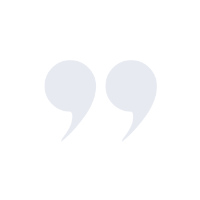 The prices range from $19 to roughly $115 every month. In addition to provision of internet,Comcast offers parental controls, internet security, and internet storage to a maximum of 10 GBs.

You will be required to pay a minimum of $30 per month. The company has over 4.5 million customers, and the most famous service is the one that offers a speed of 12 Mbps. Every account has 11 email addresses and storage capacity is up to a maximum of 5 GBs.

This is the leading Internet Service Provider in the entire nation. It serves close to 20 million clients. Regardless of where you are, the company can provide internet to you whether at home or at work. Moreover, Comcast has various mobile hotspots to ensure that you remain connected even if you are travelling. The nationwide download speed is from 3 Mbps to a maximum of 150 Mbps.

This offers the fastest internet speed in the whole nation, going up to 1 Gbps. There are a total of 13 states that can access the service. Some of them are Nevada, North Carolina, Utah, Minnesota, New Mexico, and South Dakota, among others. Apart from these 13 states, Century Link offers internet speeds that range from 1.5 Mbps to a maximum of 40 Mbps.

The internet speed of Cox is from a minimum of 5 Mbps to a maximum of 150 Mbps. The company charges a minimum of $35 to a maximum of $80 per month. It is operating in over 20 states in America. For each account you get, you are allowed to have 10 email addresses and a maximum storage capacity of 2GBs.

This company operates in 22 American states. The internet speed ranges from a minimum of 3 Mbps to a maximum of 4.5 Mbps. For every month that you use this service, you will be required to pay a minimum price of $30 or a maximum of $65. Every account has 11 email addresses and a storage capacity of 2 GBs.

This company offers both fiber optic and DSL Internet. Fiber optic internet service is available in a few areas. The DSL service rate is a minimum of $20 for 1 Mbps internet speed or a maximum of $65 for 15 Mbps internet speed. Fiber optic service starts from $55 for a speed of 25 Mbps to a maximum of $285 for 500 Mbps. The upload speed for their fiber optic service is rated as one of the best in the nation. Every account will allow you 9 email addresses and a storage capacity of 1.5 GB.

The company operates in over 28 states. It also has a fiber optic plan with a maximum speed of 60 Mbps. The minimum monthly charge is $20. Charter offers its services to a population of more than 26 million customers. The acquisition of Optimum West Cable Systems from the renowned Cablevision company gave them an additional 375,000 clients. Charter was also said to have been interested in acquiring Time Warner Cable but their bid was rejected.

Next StoryInternet Service Providers: the Need of the Hour